The media is objectifying woman in all media. They like to focus on their looks, weight, fashion, and relationships. While in the media where they don’t focus on looks, weight, fashion, they focus on violence against woman on shows or movies. Women magazines focus a lot on fashion, looks, and relationships, and it causes woman to think that they need to look that way, or have that clothing, and date the right guy. When they want to look that way if the model is thin they want to be thin. An example of women wanting to be thin is the magazine cosmos. Violence against women is on shows like csi, because it makes people watch more to see what happened to the woman, some people may say that it makes the show good. When the media shows how to lose

The gender stereotype boxes dictate the roles of men and women, of what they should do and act around each other. The boxes for act like a man you have to have deep voice be competitive, laid back and other things, as for how to act like a woman things like gossip, drama queen and so on. There are words people use to push men back into the gender box and the same goes for woman. When people don’t act/look like the gender boxes say they should others use words without knowing that they are to push the people back into the box.  There are movies like “tough Guise” which talks a little bit about male gender box. There are movies called “killing us softly” which talks about the female gender boxes and they bring up more examples of what the female gender box is. For the people that don’t follow the boxes they can get made fun of and that can lead to them hurting themselves to fit in the boxes. Click here to watch killing us softly 4.

The
concept of this is that the media is showing the viewers of shows or movies how
they should be and how to act, who they should hang out with. In all shows and
movies the representation of males is to be tough, play sports, be aggress to
everybody, but some males are tough and play sports, and most are aggress to
people. While the representation of females is to be thin, have a lot of shoes,
like shopping, most females want to be thin, and some of a lot of shoes and
most of females love to go shopping. In the TV show “King of Queens” Deacon
wants his son to be something tough for Halloween. In another TV show “Hell
Cats” the entire main cast that is females is thin. In the movie mean girls
most of the girls are focus on their looks, and love shopping. In the movie happy
Gilmore, Happy wants to play hockey and he has a good shot but he can’t
skate well, so he trying to win money by making bet at golf course and he’s
very good at it so he enters in a tournament to win money.

The concept of
hyperactive males is the same thing as hyper masculinity which is a term for
male stereotypes as physical strength, aggression, body hair,
body odor. In the documentary “Tough Guise” they talk about how young men are
shown in the media. They explain that movies like Rambo 3: New Blood and Terminator
influence how young men act.  Some people
say that movies like those and violent video games influence the way act, but I
think that people have they’re our choices and they decide how to act on
they’re our without these movies and violent video games.  If you look at other media and not just
violent movies and video games, like TV show, sports in which they influence
younger men to be violent. In the documentary they also show us how toys like
batman, G.I Joe that they’re muscles grew. The media is trying to tell young
men how to act, but they have choices.

The difference between visual and non-visual would be that visual minority are when people treat you in an “up front” manner where non-visual minority is once the people discover the minority trait, they may change how they behave around you. Visual minority are things people can see like race, gender, physical disability, age, and marital status. When non-visual minority are things people can’t see like nationality, religion (Jewish), mental disability, physical disability (hearing). From the movie School Ties “David Green” is Jewish and back at his home town all of his friends are Jewish, but at the school he goes to(to get in to Harvard) in a different town, he sees his new friends making fun of Jewish people so he decides not to tell that he’s Jewish.(example of non-visual). The short story “Panache” the three main characters are native and are hired at a mine, where the men already working there don’t want them there, but they (people at the mine) have to, to get money from government.(example of visual)

I would rather be visual, and non-visual. I would be visual because I would like to see what being a different race so I would have a better understanding of that race. I would rather be non-visual because I would like to know how it feels to be a different nationality, and or religion is like. There are many reasons why I would want to be visual and non-visual these are just two. Another reason for both would be to see how they are treated and how they feel about it.

If you need to know more on the climax click here

The point where the climax happens in 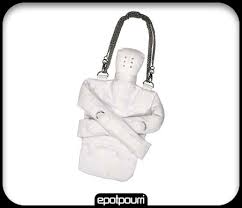 One good piece of Literature that is a Fantasy is the poem the “Raven” by Edgar Allen Poe.  The poem is told in a

first person who is the Narrator who is also unnamed. The narrator is depressed about Lenore his wife/girlfriend (never stated) who just died. The poem starts off where the narrator has just fell asleep reading a book on the afterlife, when a Raven flies into his home and sits upon the door Saying  “Never More” when it is spoken to.  Edger Allen Poe uses figurative language in this poem; the overall mood/tone is a dark one. The Narrator is a little paranoid throughout the poem.

One really good Example of Fantasy is the Game Fable 3 made by lionhead Studios. It’s about either a prince or princess depending on your choice, your brother the king is a tyrant and people no longer respect him. Your Mentor teaches you how to use a sword, at night you and your mentor and your butler escape from the castle to find support to over throw your brother and take the throne for yourself, in the perverse game fable 2 the main character in that game is either your mother or father also known in fable 3 as the old hero king or the old hero Queen.  On the night you escape you get this magic gauntlet which helps you use your magic power the first one is fire, throughout the game your weapons change to your status Good/Evil.

In literature there are many types of genres for example there is fantasy, Mystery, Unexplained, Science fiction. Science fiction is about things that haven’t been disproven yet, sometimes it takes place in the future or in the present, happens on other planets. One example is the Novel the Chrysalids is written by John Wyndham. It’s about a boy named David Strorm who writes with his left hand dreams of a city and can communicate with others with his mind. The elders in this book talk about the old people who died by tribulation but the reader assumes that it wasn’t tribulation but an A-bomb. Throughout the novel David and his friends avoid capture by the town, when they go on the run a person from another place called sealand shoots out web like substance that kills the people who are trying to kill them.

One example of the genre Science fiction is the game Halo Reach. Developed and created by the good folks at Bungie. It’s about a Spartan that joins a Spartan team (Noble Team) you take the role of the Spartan(Noble 6) and try to defend Reach from an alien alliance called the  covenant who are looking for something that the Human race doesn’t even know about. The player will work with Noble 2, Noble 5, Noble 4, Noble 3, and Noble 1. Mostly you will work with Noble two. In this Game you’ll use a variety of human weapons and covenant weapons and vehicles, such as a long sword fighter to go and fight the covenant in space around Reach.

Welcome to your brand new blog!

This is a sidebar and can be changed in Widgets in your dashboard.

You can also modify number of sidebars in theme options!